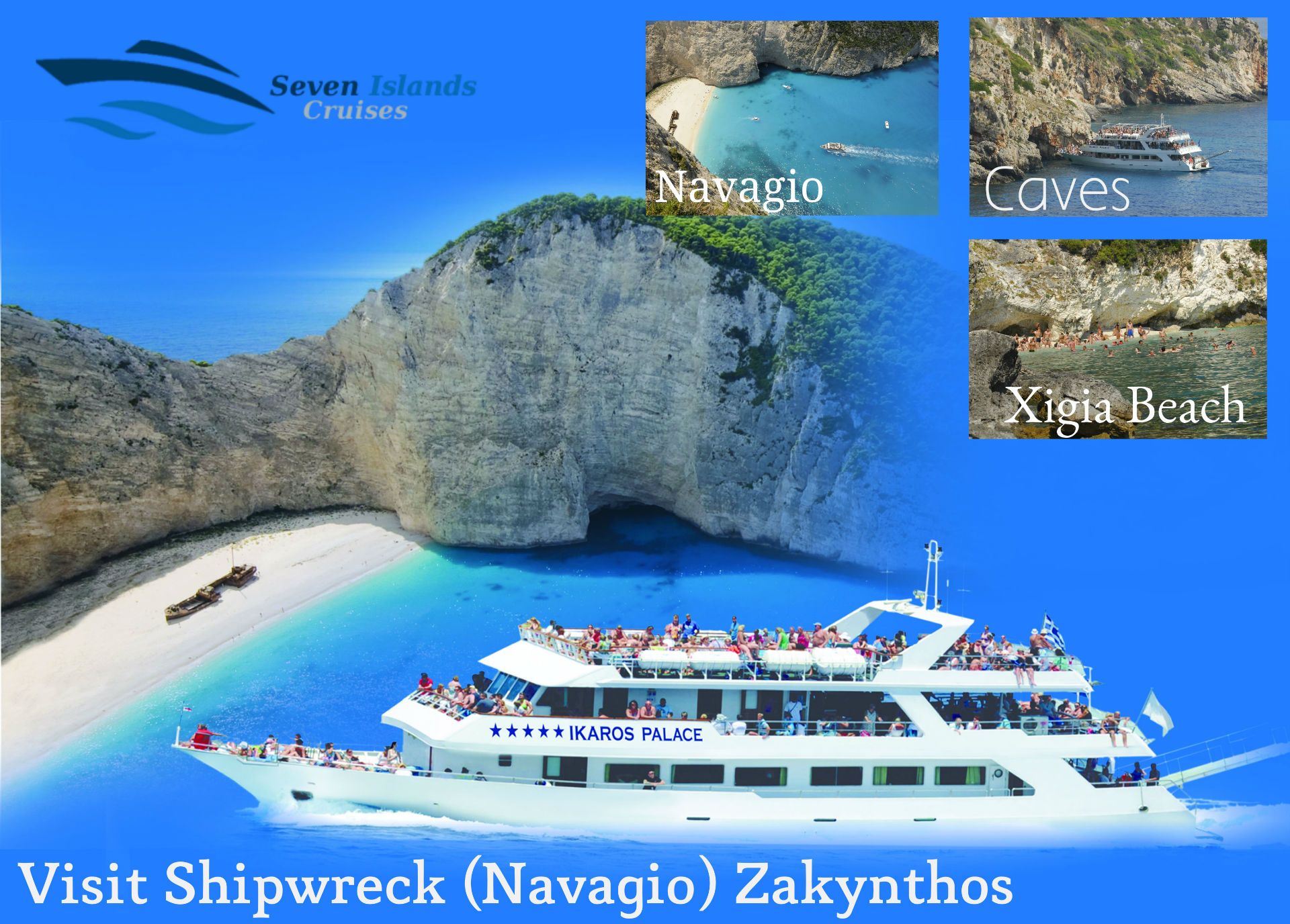 Zakynthos is the third largest island among the Ionian Islands, after Corfu and Kefalonia, occupying an area of 406 square km. The coastline is 123 km in length and the shape of the island resembles an irregular triangle with base the Laganas Bay, and top the cape Skinari at north.

On the north west coast of the Greek Ionian island of Zakynthos you will find Shipwreck Cove or Smugglers Cove  also called Navagio Beach which is probably the most famous beach in Greece and can only be accessed by boat but is well worth the trip.This picturesque beach has been photographed and featured in many holiday brochures, travel books and televised advertisements. The boat was shipwrecked back in 1980 after hitting rocks in bad weather while being pursued by the Greek Navy who suspected it was carrying contraband cigarettes.

In the north of the Greek Ionian island of Zakynthos at an area called Skinari you will find the magnificent Blue Caves.
The Blue Caves are one of the islands most famous natural attractions and were discovered in 1897 by Antonio Komouto. The caves attract thousands of visitors each year and are located just below the lighthouse at Cape Skinari.
The caves owe there name to the blue waters inside them. Objects below the water appear to turn blue. This includes people who can enter the water inside the caves to swim.